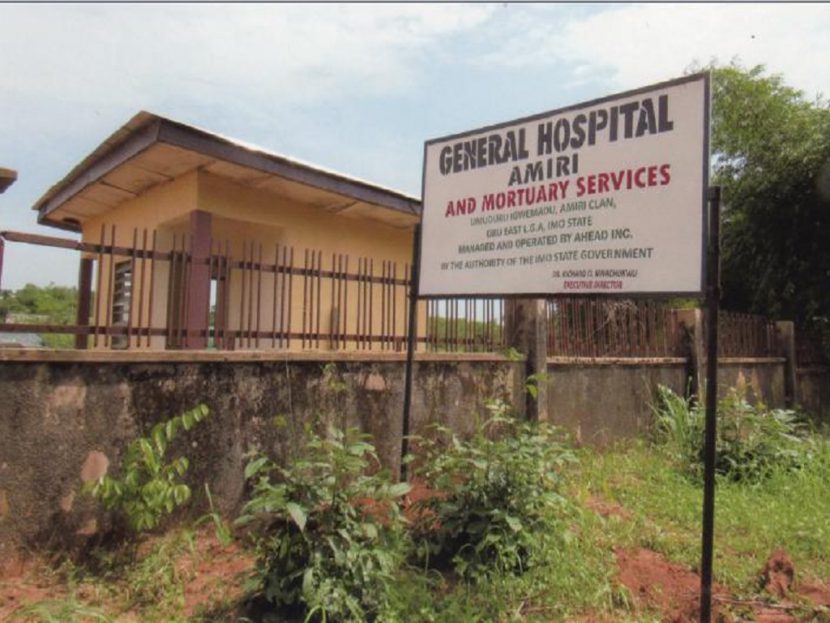 It is my pleasure to inform you that the General Hospital, Amiri, Oru East LGA, Imo State, closed by the Imo State Government in 2012, has been reopened.

The Executive Governor of Imo State, His Excellency Owelle Rochas Anayo Okorocha, on June 2, 2016, approved AHEAD, Inc.’s request to take over the dilapidated hospital.  Since January 2017, AHEAD, Inc. embarked on the project of rebuilding and re-branding the abandoned hospital.

Finally, on Tuesday, May 30, 2017, the Honorable Commissioner for Health, Women  Affairs and Social Development, Barrister (Mrs.) Ngozi Njoku, on behalf of the Executive Governor of Imo State, commissioned and reopened the hospital.  She came in the company of the Director of Medical Services, Dr. A. O. Igwe who officially wrote the Commissioner on May 25, 2017 that the “Amiri General Hospital has been upgraded to a standard hospital fit for operation. I approve its reopening.”

The people of Amiri couldn’t be happier. Who’s who in Amiri came. Even some of us in the United States, such as Prof. Anthony Ejiofor, the Executive Director of the World Igbo Congress Inc., Dr. Ukabam from Atlanta and Sir Chris Anyiam of Dallas, attended the event.  I am very grateful to them.

At the end of the year, we will publish everyone that had supported AHEAD, Inc. since last year. AHEAD, Inc. is a non-profit and non-governmental 501(c)3 organization recognized by IRS. We are still soliciting financial and material support.  Official receipts will be given to anyone who supports us for his/her tax purposes.

Thanks for your support. You can view pictures from the ceremony here.